Your browser is out of date.

You are currently using Internet Explorer 7/8/9, which is not supported by our site. For the best experience, please use one of the latest browsers.

Not sure what type of filtration you need or have questions about your equipment?

Protect Your Employees, Clients, Patients and Yourself From Airborne Viruses & More With The New

Discover the new Filtra-Systems StealthMD™ Air Purifier which has been scientifically tested and proven to deactivate 99.4% of viral pathogen particles in the air in 60 minutes or less.

The StealthMD™ is also engineered to remove dust, odors, pathogens and other nuisance airborne particles that surround you every day.

These customizable plug-and-play units have a multi-stage filtration system that includes HEPA, MERV, carbon and Needlepoint Bipolar Ionization (NPBI) technology to remove pathogens from the air in your areas.

The StealthMD™ leverages Needlepoint Bipolar Ionization, which uses an electronic charge creating a plasma field filled with a high concentration of positive (+) and negative (–) ions that replicate those commonly found in nature.

These ions travel by the air stream where they attach to particles, pathogens and gases/odors.

The ions deactivate pathogens by robbing them of life-sustaining hydrogen.

According to a study published on June 2, 2020, by Innovative Bioanalysis, positively charged hydrogen ions generated from NPBI technology and binding to the viral pathogens and render 99.4% of viral particles inactivated in the air after 60 minutes. 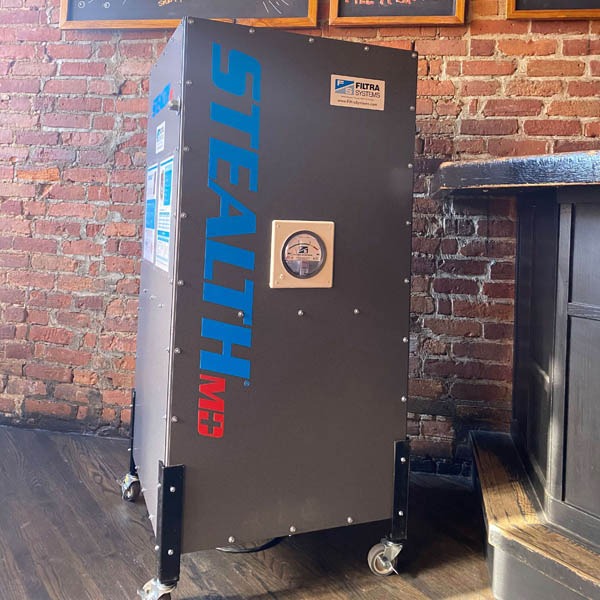 Air cleaners and air purification are now more important than ever before.

Pathogen awareness and mitigation have become the highest priorities as it relates to our personal safety and that of our customers and employees.

The StealthMD is built to handle almost any application from the manufacturing floor, office, to the restaurant.

Click here for more information and the latest pricing on these tested and proven effective  StealthMDTM Air Purifiers.

The media-style filters will provide ACTIVE filtration for the dirty air passing thru them while the ionizer projects ions into the clean air stream to provide active air filtration outside of the unit.

The ions produced travel into the occupied spaces, cleaning the air everywhere the ions travel, even in unseen spaces.

Units are available in many sizes to accommodate different environments.

The StealthMD™ is perfect for almost any business environment, big and small, including:

The StealthMD™ can easily be customized to fit your facility.

Not sure what type of filtration you need?  What questions do you have for us?

Let our team of experienced filtration applications engineers review your process and make recommendations that will be best for your application, facility and business goals. 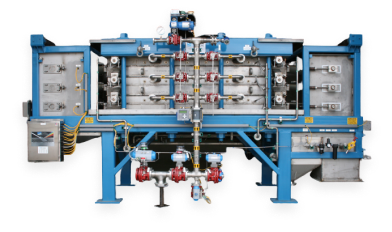 Below you will find some projects that have benefited from our technology.

Want to see how our product solutions can increase your efficiency and productivity in your operation?